Hi there, I am trying to set up aws dynamic secrets with vault, but ran into the following error when getting the secret:

It looks like vault is trying to create an IAM user, but our AWS environment doesn’t allow me doing that.

Some additional information may be needed to assist. Things that will help:

Sure, basically we are trying to generate an aws secrete based on the pre-configured role.

This is the command I used to generate the role:

And this is how I retrieved the secret and ran into errors as I mentioned above:

The “credential_type=iam_user” in your role is telling Vault that you want to create an IAM user, which is why it is calling the CreateUser API. Vault actually supports three mechanisms for roles: AWS - Secrets Engines | Vault by HashiCorp

So you have two choices; either adjust the permissions of your root user to allow CreateUser or switch to using assumed_role or federation_token: AWS - Secrets Engines | Vault by HashiCorp

I have created an aws/config/root credential by following this doc: 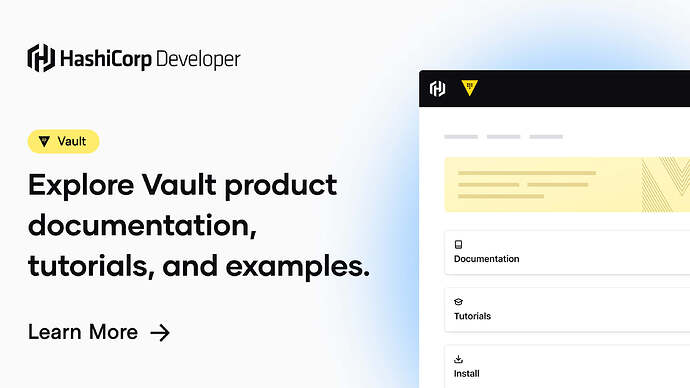 I used the Permissions Boundary example as mentioned in the above doc to give permissions to vault user. Then I ran the following command:

Now I am trying to run the following command to generate an IAM user, but getting an error:

One point to add, if I remove the condition from the IAM policy (mentioned in above doc), then it works perfectly.

What do you suppose could be the issue with permissions boundary?

@jeffsanicola Could you please help here?

I’ve not used Permission Boundaries yet so I’m not too familiar with the intended purposes or use cases.