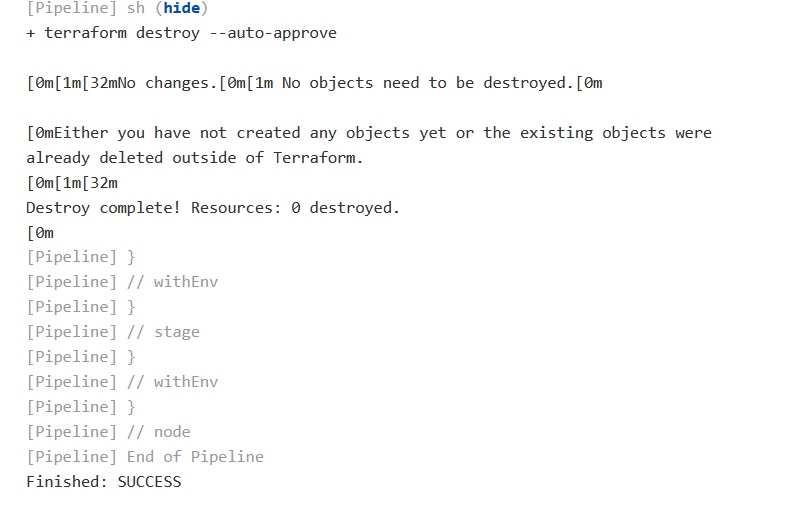 Based on what you shared here, Terraform seems to have behaved as I would have expected: creating this object failed, and so when you ran the destroy command there were no objects to destroy and therefore Terraform reported “no changes”.

Terraform will only plan to destroy objects that are under Terraform’s management. It seems that you have an existing object that was created outside of Terraform that conflicts with what you told Terraform it should manage, and so to make progress you will need to choose one of the following options: